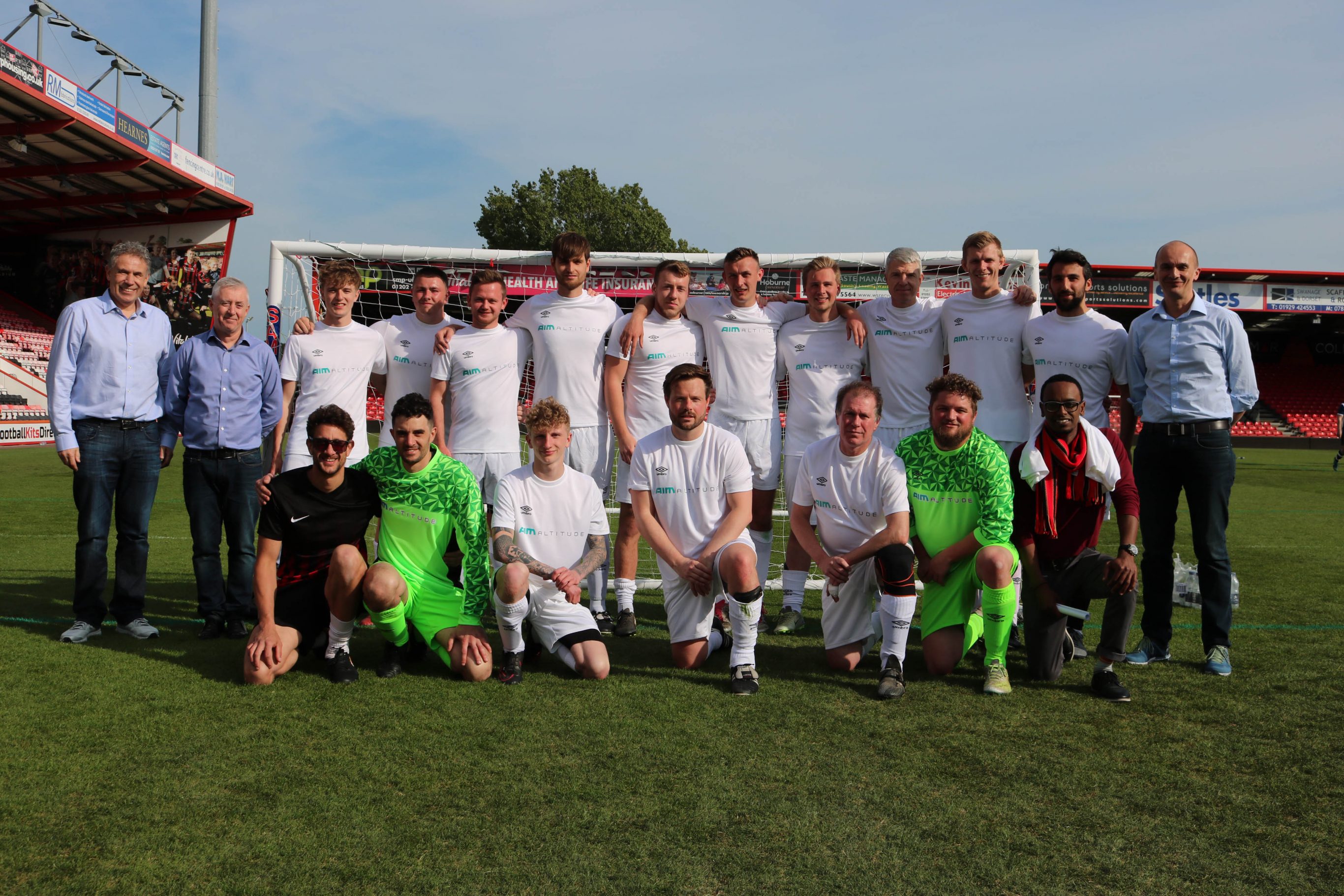 Premier League football club A.F.C. Bournemouth recently granted access to its hallowed turf for local companies and their staff to be Premier League players for the day and compete in a 5-a-side tournament.

The opportunity was so popular among AIM Altitude employees that the company held a pre-event selection tournament to decide which two teams would play at A.F.C. Bournemouth.

The teams that battled their way through the selection rounds were AIM Altitude Athletic and AIM Altitude All-Stars. Both teams gave it their all at the AFCB Vitality Stadium on Wednesday 15th May, making it through to the quarterfinals and only just missing out on reaching the semi-finals.

Despite not bringing the cup home this year, the two teams had an amazing day along with their families and other members of staff, who came to support from the stands. Joining the supporters were MD, Wayne Ball and CEO, Richard Bower, who has promised to don a pair of football boots himself next year.

For the latest news from ACS UK, sign up for our free newsletter

If you need to be in the know, follow these links for journalist information